Here in the attic stand some archived codes I wrote between 2005 and 2012. Several of them are related to chess game, but not all. All of them were re-tested: they should work - although often clumsy and out of fashion ☺

A prequel of the current vchess.club website, written in PHP without any framework. As a result, the code is difficult to follow (because it does not follow any standard itself). It's also difficult to extend, partly because of the lack of HTML templates.

A blogging platform, quite feature-full (it has trackbacks, RSS feeds...) but sharing the same drawbacks as above: no web framework, everything is custom code - not always making the right choices. It works anyway; although it was never used.

This code parses a file full of chess games in PGN format (with comments, sub-variations, annotations...) and turns it into an HTML web page ready to replay all of these games. The parser written in C remains interesting I think, and the whole thing works. However, the PHP and javascript code is quite obsolete. 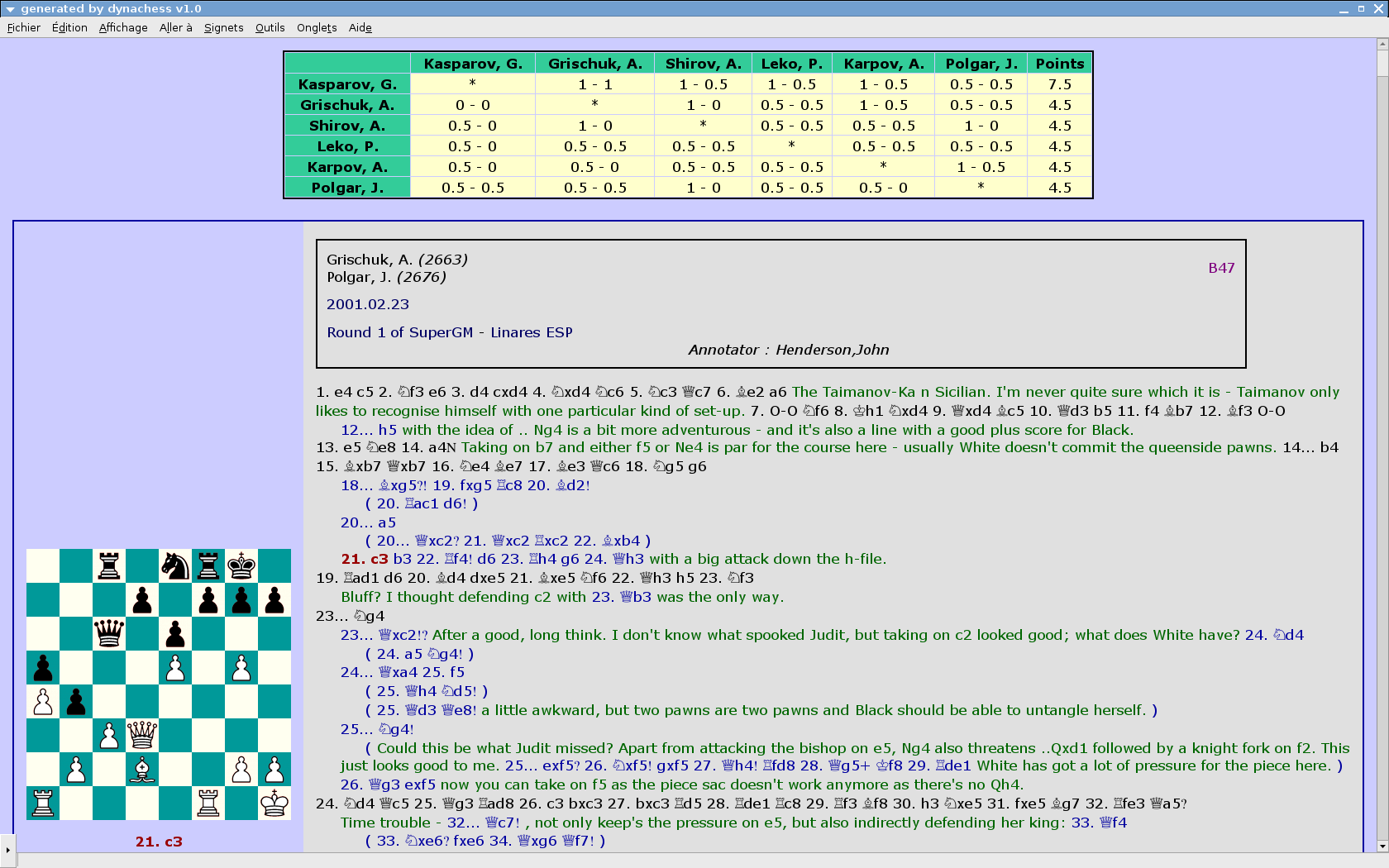 A PHP script to generate chess diagrams from their FEN notation. Square colors, pieces size and style can be set to any value; but all this is done on server-side. There exists better solutions (SVG images, chess fonts...) working on client-side.

Inspired by the checkered school project below, this is a chess playing bot implementing the alpha-beta algorithm. Some optimizations were tried, and it used a small opening book I wrote. But bugs probably remain, and it is slow. Expected strength: enlightened beginner.

School project: checkered playing bot. The programming choices were sub-optimal, leading to a rather slow engine. However, the evaluation function attempts to bridge the speed gap by being smart. The playing strength is not too bad, as far as I can judge.